Biodiversity Gardens was a 2-year HLF project, ran by the London Borough of Sutton’s Biodiversity team, that reached beyond Council-owned nature reserves and parks to traditional back gardens, school grounds, allotments and churchyards where we have very few biodiversity records. Private gardens alone cover nearly a quarter of Greater London and are fantastic areas for a wide variety of species from the small blue butterfly to the familiar Robin.
The project aimed to give people the confidence to look after wildlife habitats, take part in species monitoring and ultimately take ownership of the fantastic biodiversity in and around Sutton. We hoped this will enhance and protect habitats, strengthen links between them and improve species survival in the local area. 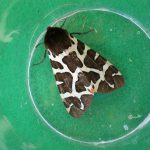 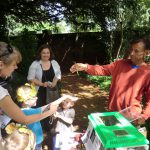 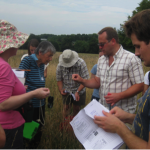 The project made a number of achievements including:

One of the biggest areas of success for the project was in a series of 8 ‘Beginners’ courses ran in 2013 to train people in identification and ecology of different species groups. These courses were extremely popular and very well received, with attendants suggesting they should be carried on and even charged for. As a result, the Council have taken on board this advice and done exactly that! Some of the courses will be repeated in 2014 (with a few new ones too!) with a small charge of £10 to attend. For details on courses and how to book, see the events tab.
Now the project has finished, all is not lost for Sutton’s green spaces. The Biodiversity Team are looking to start similar projects in the future, so watch this space.