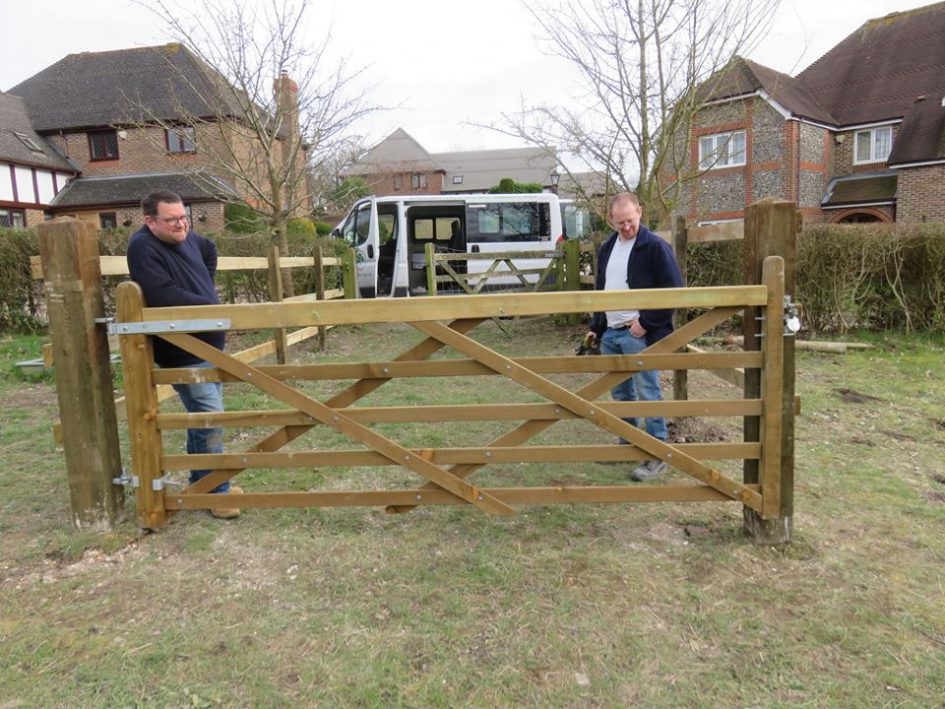 The weather had returned to the usual Wintry on/off showers consistent with the time of the year, but it didn’t deter a formidably large team of volunteers from starting a substantial sized project at Cuddington Meadows.

With this site being suitable for cattle grazing, the Bovine’s custodians had noted a lacking feature that would speed up the process of getting them on site quicker. With some external funding being won for materials the volunteers had a lot of digging to do as they began the creation of a permanent corral for ushering on their guests.

As the “flat-pack” was positioned and worked out those on the team that didn’t find themselves holding a digging tool spread around the site popping Bramble and seeding the newest chalk scrape ready for the Summer. The volunteers made a return trip to Cuddington Meadows,this time with dryer weather on their side, to make their “OK” Corral a far better one.

The volunteer team erected the post and rails of the cattle corral to make it a secure rectangular compound. Recent rain hampered efforts as the spoil dug out of the holes last week had absorbed a lot of moisture making a pudding-like consistency to tamper in around the posts.

Nearly reaching the end point of attaching latches, the omission of the correct bolts prompted a return to the Ecology Centre for their retrieval. Luckily the team turned this to their advantage. They carried out Willow stump removal at the centre ahead of the next day’s visit from the new Willow sculpture creators, picked out bags of seed, made a stop off at Carshalton Road Pastures to seed the chalk scrapes, then returned to Cuddington to fit those latches!